Agility is a wonderful bonding experience between you and your furry friend. SWCDP has set up several agility demos in 2018 and 2019. 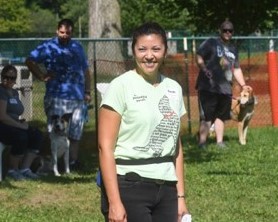 The Five Rules of Recall

Don’t call your dog for anything unpleasant

The biggest mistake people make.  If you call your dog and plop him into the bathtub, or worse, leash him and take him home from the park, why would he come next time?  If you need to call your dog for something he won’t enjoy, just go get him – don’t ever use recall.

Don’t Call your dog if you cannot make it happen

Work at your dog’s level.  Right now he’s somewhere in  pre-school.  Calling him away from an exciting squirrel is more at the collegiate level – he’s not ready for it.  If you call and he doesn’t come he just learns that the command doesn’t mean anything.  Teach the command ‘on lead’.

If you call and he doesn’t come, save it

A failed “come” must be saved.  Maybe it’s a bit beyond his level, or there was a distraction.  Save the recall by running to your dog – put a treat in front of his nose, and back up so that he come toward you.  Not as good as the real thing, but very important to have him go through the motion rather than letting him ignore the command.

Don’t repeat the command. Say it only ONCE

Repeating does not make it so.  Saying a command over and over doesn’t make your dog understand better – it just teaches him to ignore the sound you’re making because it doesn’t appear to him to have any meaning or consequence.

Think meaty treats rather than dry biscuits.  If you expect your dog to stop whatever interesting thing he is doing to come running to you, the person he sees every day, you have to make it worth his while.  Use High Value treats. 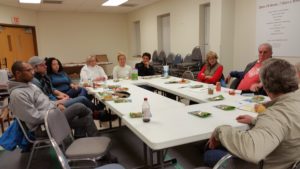 The SWCDP has purchased several of Dr. Ian Dunbar’s dvd’s.  Dr. Dunbar is a veterinarian, animal behaviorist, and dog trainer.  We have held 2 seminars on aggression to allow people who had signed up to view a couple of the aggression dvd’s and discuss what is and is not aggression.

We hope to do more in the future.

Check out our Library